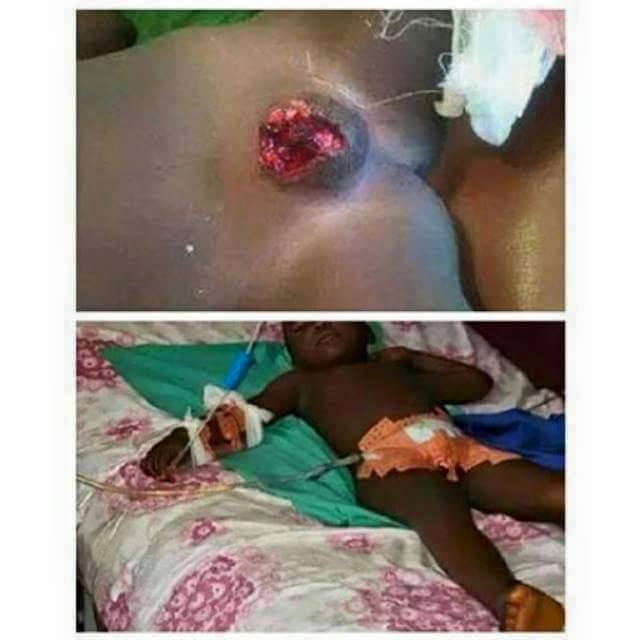 According to the Father he say… ”I had popped out to see a neighbour and was only gone 30 minutes when I heard my son scream. ‘I ran back to the house and couldn’t believe what I saw. ”My son had fainted and was lying in a pool of blood. ‘Next to him was a knife and his penis. ‘It was simply horrific. ‘my wife was gone.’ The boy was rushed to hospital where surgeons managed to reattach his appendage and was then sent to a specialist at the nearby hospital.

This child’s penis were ripped by his step mother because the poor little child urinated on the bed while he was sleeping.
The woman said she was not informed of the existence of the boy before she married his father. Her husband brought the boy to her matrimonial home shortly after their wedding and pleaded that he had the child out of wedlock before their marriage.

A hospital spokesman said: ‘Unfortunately, the knife was quite blunt and the cut wasn’t clean so although we reattached the boy’s penis, it wasn’t ideal and he had to have further treatment. ‘However, he has now had three surgeries all of which have been successful and we are confident that his penis will be perfectly OK again in three months.’ A police spokesman said: ‘The Stepmother was arrested and admitted attacking the boy because she was angry .’ She now faces 5 years in jail.